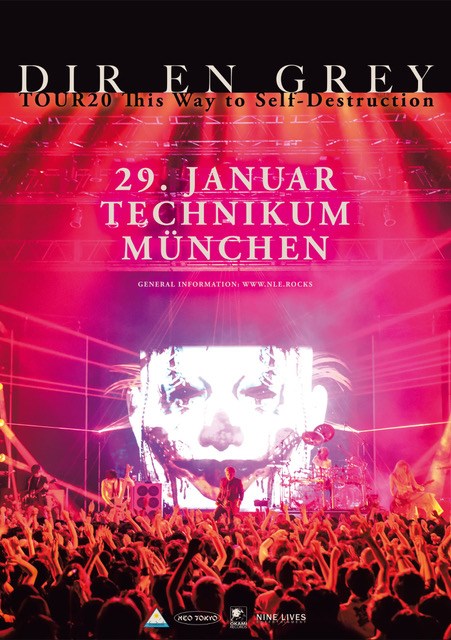 Masters of the bizarre – the uncommon and the uncanny are returning to rock Europe – DIR EN GREY.

After shaking several countries to the core on last years’ “’TOUR18 –WEARING HUMAN SKIN”, fans likely did not even dare to hope for the rock-legends to return to Europe so soon; but the members of DIR EN GREY granted the unvoiced wish, returning to Europe to claim the stages once more only roughly a year after hitting several countries full force!

The band will be heading back to Europe with their “TOUR20 This Way to Self-Destruction” in January 2020 to prove one more time that they can go even harder, facing the stages and their fans head on with a selection of their energetic and powerful songs.

After all, there are so many masterpieces fans would love to hear and the audience got only a bit more than a glimpse on the full splendor of the latest album “The Insulated World” at last years’ tour as well – leaving everybody even more excited to see which songs are going to be played this time.